More than two dozen clubs of crafters will be displaying and selling their work just in time for the holidays on Saturday as the Ahwatukee Recreation Center’s Arts & Crafts Fair returns after a pandemic-driven shutdown the last two years.

Organizer Patty Burke said Woodshop Club will be selling hotdogs and refreshments and Cheezy’s Wood-fired Pizza will be on the scene with a food truck.

Some of the clubs that will be represented at the fair have a long history.

For example, the ARC Woodworking Club has been around for 44 years.

Woodworking Club spokeswoman Geri Cunningham said the club started with a few hand tools donated by Presley Development Co., which essentially founded Ahwatukee and developed the ARC has a 55+ community that now has more than 1,600 homes.

“In 1981 the shop started collecting paper products and newspapers for recycling,” Cunningham said, adding the income “was very helpful in paying the bills.”

Now located in the old Presley sales office, the members have obtained more tools, installed a dust collecting system and the electric service in the building was upgraded. Shop members purchased tools and built work cabinets and benches.

“Shop members made enough money to donate funds to other ARC clubs and charitable organizations,” Cunningham said. “In 1988 a charity program called the Sunshine Committee, was started to make toys, puzzles and other items to be donated.”

Partially funded by a pancake breakfast, the woodworkers also raffle handmade items to support its charitable giving to Phoenix Children’s Hospital, the Assistance League of the East Valley, St Vincent de Paul and the Shriners Hospitals for children.

“When the pandemic hit in March of 2020, the shop was closed and the Sunshine Committee was discontinued,” Cunningham said, because a company that donated wood discontinued its support and the price of recycled paper plummeted.

In fall last year, Cunningham said, the club started collecting flattened aluminum cans to sell to a recycler and “the effort has gotten off to a slow start but has so far been successful.”

“We purchase, repair, and maintain all our tools and pay for our own insurance policy to insure the tools,” she added. “Our proceeds come from yearly dues of $20, an annual pancake breakfast along with raffles and aluminum recycling. We are working diligently to find a new source of wood so we can once again start our Sunshine Committee charity outreach program and therefore be able to make and donate toys for children.”

The ARC Jewelery Crafter’s Club is another longtime organization at the center.

It also offers classes for beginners

Member Bill Musik is a silversmith and said, “It all started when I began learning how to make jewelry in sterling silver and gold. I had no idea what it would turn into.

At the same time he was learning his craft, Musik also adopted an old Clumber Spaniel and ultimately rescued two more in two years.

My heart sunk and fell in love with him and ultimately rescued 2 more over a span of 2 years.

“My two passions developed and merged,” he said. “My jewelry making turned into a way of life and I started to make jewelry to sell and donated all the proceeds to the Clumber Spaniel Rescue and Placement Group. To this day everything I make I donate to this worthy cause.

More information about his charity is at facebook.com/CSCARescue.

Another group that will be at the fair is the ARC Stained Glass Club, which also dates back to the 1990s.

It has offered a variety of classes to introduce members to the craft and to further develop skills.

Since 2012, it has offered classes on creating nightlights, 3D items and activities such as incorporating nuggets, bevels,

“The Craft Fair highlights and offers for sale the beautiful and sometimes whimsical items created by our members,” said club spokeswoman Ruth Steinbrunner. 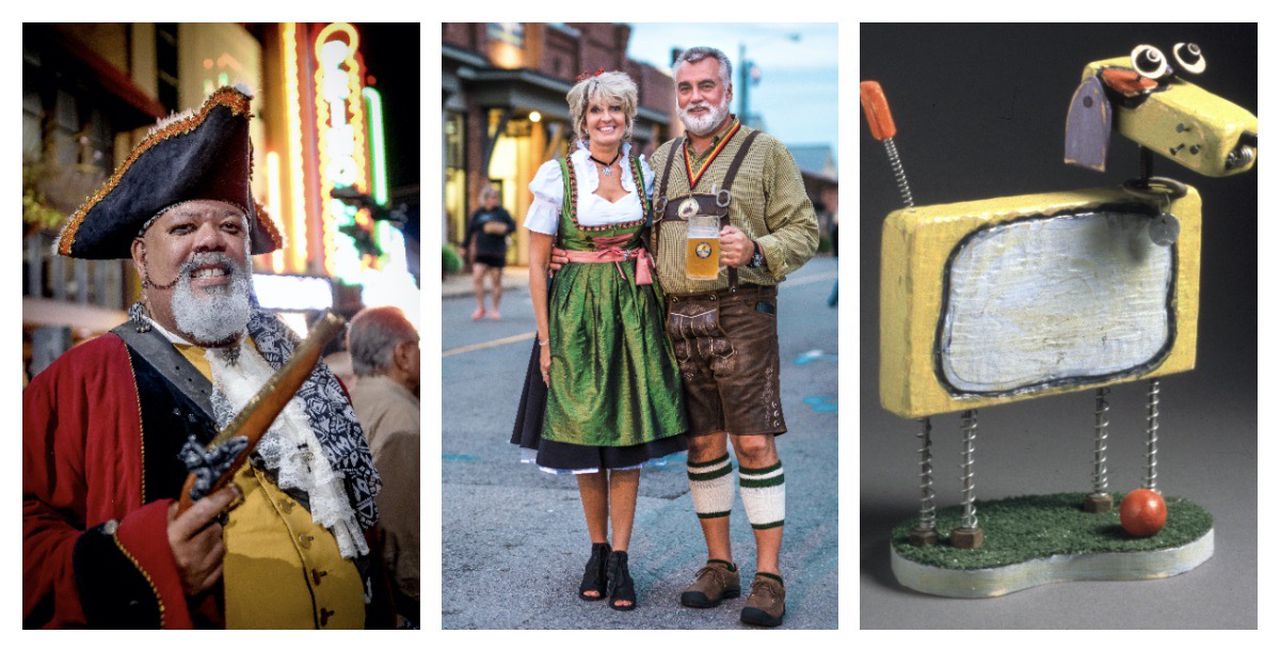 66 must-see festivals and fairs in Alabama in fall 2022